At 8.30pm we were all welcomed at the school in Cerklje, where a student dressed in the traditional dress of Slovenia was playing in the accordion a traditional song. The entrance of the school was decorated with the flags of the rest of the countries participating in the program. We went up in a class where the presentation of all teams happened. They gave us souvenirs and a bag with information about the places we are going to visit and the program slightly changed because of the weather. A break followed with coffee  and snacks and afterwards, we watched a Slovenian grammar  lesson. Then we had an Erasmus teachers’ meeting. Then we went to Ambroz village, where we made a traditional Slovenian cheese pie.
In the afternoon,  we met the host families in the school and we  tried some very tasty local specialtiescooked by parents in the school dining hall. There we,each country, presented  our national fairytale hero.  It was a warm and pleasant atmosphere thanks to teachers, students and parents!
Tuesday 8th of October

Erasmus kids and teachers went on a visit to the Predjama Castle and the Postojna  Caves. The caves were breathtaking  andthey informed us that millions of visitors from all over the world come to see these caves.  Then we had lunch in a restaurant nearby .
In the afternoon,we visited their capital Ljubljana using the Huntzz app in our mobiles. It’s a treasure hunt app that helps you see the most important sights in a European city. Ljubljana is a very impressive city and a very clean one.
Going back to Cerklje , we left the kids with the host families we had a brief rest in the hotel and we went back to Ljubljana for a night out eating dinner in the street and dancing swing .
So much fun!
Wednesday 9th  of October

We met at the school and the head master showed us around the primary school buildingand kindergarten. Huge !!!and very well equipped.
We had a break for coffee and our team attended  a biology class together with the Spanish team. The teacher was Mrs Maja Pintar, who also was hosting our two  Greek students. She was amazing  in every aspect !!!
An event in the music hall of the school followed with traditional Slovenian dancing and singing and playing instruments . The Slovenian  student orchestra was great.
We had lunch at the school  cafeteria and we went on to the Mayor’s Hall to meet the Mayor of Cerkljena Gorenjsken. We  exchanged gifts with the mayor and took photos.
Going back to school,we had a workshop drawing national Slovenian motives on ceramic mugs and making key chains in the colors of Europe.
Thursday10th of October

After eating breakfast at the hotel, with the kids we went on to visitOplen’s house in Studor,  an old traditional house in an old village, followed by a boat ride on lake Bohinj. So much green and calmness! Then we had  traditional lunch at the Bohinj scout school. Right after we went to see The Savica waterfalls going up a mountain full of big pine trees.
In the afternoon we visited Bled, a very touristic village by a lake to shop  and to have traditional Slovenian vanilla cake sweet and a cup of coffee. We returned to the hotel for dinner.
Friday 11th of October

All the Erasmus team ( students and teachers ) went for a walk  to the nearby Strmol Castle, were we had cocoa and hot chocolate with brunch at the castle café. After a hike back to Cerklje, we prepared traditional food –strudel in a school  workshopfollowed by exchanging gifts  and certificates awards. After having lunch in the school cafeteria, we went to the hotel and in the afternoon the teachers went to visit Kranj, a nearby city for sightseeing , shopping and a glass of their traditional beer.
Saturday 12th of October

Departures: Going back to Kos with suitcases full of gifts ,photos,  experiences , memories , laughs. It was a great Journey!!!!
​
Thank you Slovenia!!! 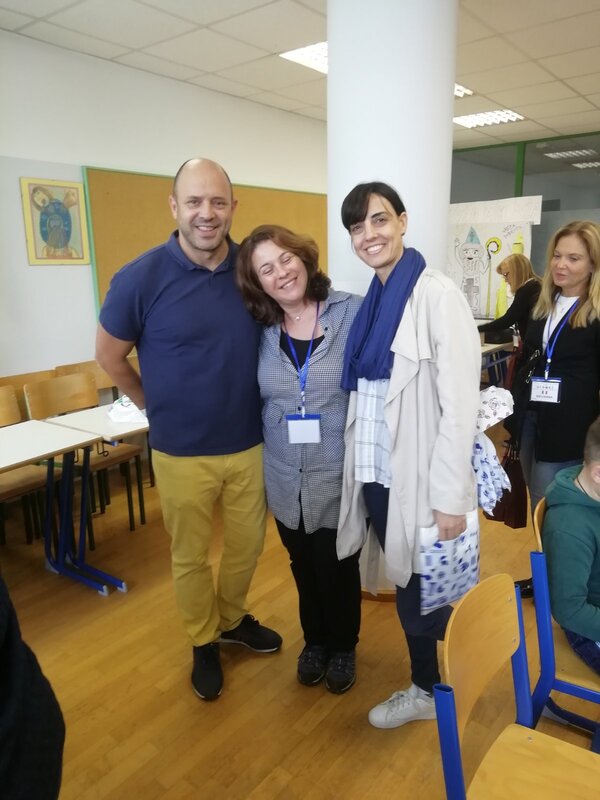 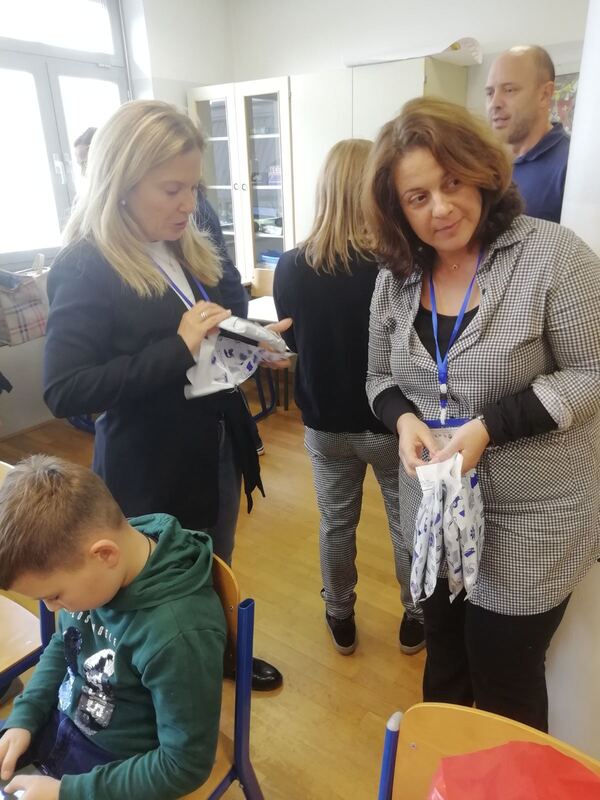 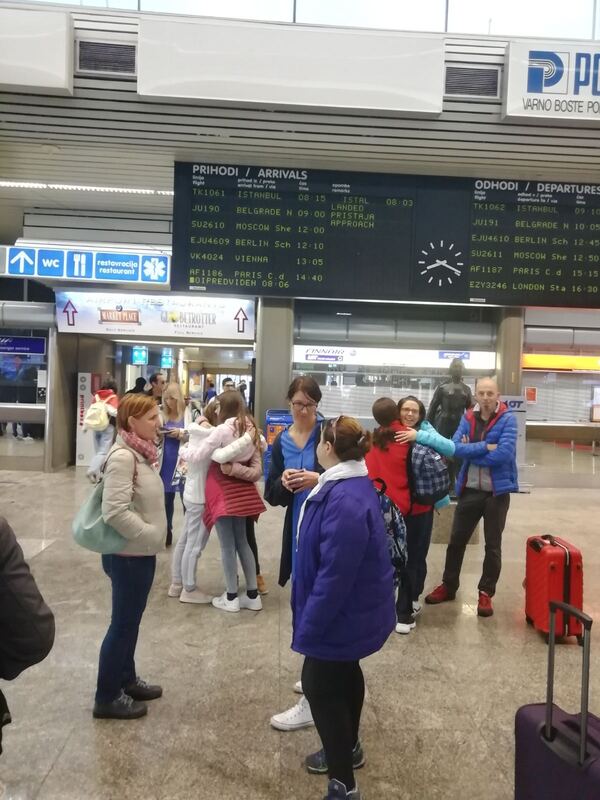